By Jane Reynolds on January 20, 2014 in Corrie Corner, Soapy Corner, The Complete Blog 0

Never before has there been a night when devoted Corrie fans won’t be looking forward to watching their favourite soap (and there probably never will be again), but watch we will, and cry we will.

As with any major soap storyline, the world and his wife have jumped on the bandwagon of discussion as to the rights and wrongs of the subject matter, with articles and broadcasts over the last couple of weeks from a host of so-called ‘experts’ – many of whom have clearly either never watched an episode of Coronation Street in their lives or (at the very least) have very little clue as to WHY Hayley is insisting on taking such a drastic course of action.

I’ve watched almost every episode of Coronation Street since childhood (although under much sufferance in the early days, it has to be said), and was lucky enough to be one of the team of journalists who attended the Press Day in Blackpool last October (go to ‘Corrie Corner’ on the right sidebar then scroll down to the post ‘A Corrie Day Out at the Seaside: 11th October 2013’ to read my report), so feel as if I’m possibly ‘better qualified’ to write about this matter than some of the folk I’ve heard pontificating on the subject over the last couple of weeks.

When Coronation Street’s producer Stuart Blackburn (who was also the producer of Emmerdale’s assisted suicide storyline in 2011) revealed to us that Hayley’s character would be taking her own life, you could hear the emotion in his voice as he spoke movingly of the enormous sense of responsibility the soap felt over tackling such a controversial subject.

By the time they’d then screened the ‘Blackpool’ episode there was barely a dry eye in the house, and it was clear during the interviews we did with Julie Hesmondhalgh and David Neilson that they were both very aware of the challenge ahead and were determined to play it as realistically as possible – hard as that would be for the audience to have to watch.

We came away feeling privileged to have been given an insight into the passion the team had over this storyline, and I don’t think anyone would disagree that it’s been pitched ‘just right ‘ every step of the way since then and has never once crossed the line into mawkishness or self-pitying cliche.

One of the ‘experts’ I heard talking on the radio last week would have had us believe that – in reality – most cancer patients don’t actually want to die but simply want better pain relief.

Why I profoundly disagree with that statement:

At this time last year I was nursing my father through the final stages of terminal cancer. Each morning as I went in to him, the first words he’d say to me were that he just wanted to die. (This is him just before Christmas 2012 when he first became bedbound but still had a bit of life left in him. He was pulling a funny face to make me laugh.)

He would explain to the local Swindon Prospect Hospice nurses and his lovely team of carers (who visited him four times a day during the last couple of months) that he’d had a great life – with no regrets – but that at aged 84 (and with his quality of life diminishing by the hour) he now just wanted it over and done with.

Unless you’ve had to watch one of your loved ones lying helpless in a hospital bed (we were able to care for him at home, luckily), lose all their bodily functions, not even be able to keep a few mouthfuls of watery porridge down, and turn into a skeleton before your eyes, then I don’t believe you are qualified to tell anyone what you think cancer patients want.

My father had tears in his eyes every morning when he realised he’d woken up (and not simply passed away during the night as he’d hoped), and the day he took hold of my hand as I gave him his morphine and begged me to give him enough to just ‘send him to sleep’ for good was one of the worst moments of my life.

If I thought I could have granted him his wish without the worry of having to face the legal ramifications I would have done it in a heartbeat (as would the poor nurses who had to hold his hand and trot out endless platitudes about how there was ‘always something to live for’ etc). We put a sick animal out of its misery, yet there are people out there who feel that it’s perfectly acceptable to keep people alive when they’re terminally ill and ASKING to die.

HOW can those be the actions of a ‘civilised’ society?

From the moment my father knew his cancer was terminal he just wanted it to be over with. He’d been extremely fit and active almost up to the end and didn’t want to have to literally just lie there in that bed, waiting to die. 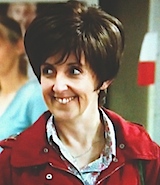 This is why we need to remove the current ‘grey area’ over assisted suicide. Someone like my father should have been able (with his Oncologist and GP’s approval) to have simply had a nurse quietly give him an injection (he couldn’t even drink from a babies’ beaker by this point) with us – his children – at his side, and for his suffering to end.

Hayley Cropper insists on taking the dose herself in the hope of sparing her husband from possible arrest for her ‘murder’, and we’re yet to see how it all progresses, but let’s just hope that this storyline encourages the Government to debate this awful issue and finally bring in legislation to spare anyone who will be involved in a similar situation in the future from the fear of prosecution.